Last week, Amazon announced that they would remove marijuana from their pre-employment drug testing policy for non-DOT regulated positions.

Instead, they will treat cannabis like alcohol and utilize impairment checks:

This approach to testing for cannabis in the workplace is not only a big step towards more effective and proactive safety practices but it's also a clever strategy to widen the applicant pool in industries strained by labor shortages--especially manufacturing, construction, oil and gas, and transportation.

Read more about Amazon's announcement and what it means for your business here.

In the manufacturing industry, there are more open positions than at any point since at least the 1990s.

The operations manager of an oil and gas plant said: “It seems like every day we have people coming in for applications, and then they don’t show back up for the drug test. Sometimes they get completely hired and we tell them, ‘We’re looking forward to seeing you for your first day,’ but when that day rolls around, they don’t show up,” (Greenville Sun).

With the summer solstice less than 10 days away, vacation plans are also contributing to the stress felt by employers:

"[We] need hundreds of temporary workers, so the jobs are there. But the applicants are not, even with the offer of a good wage. With summer here, permanent workers will be looking for time off on vacation so the plant will need to do something to attract applicants" (GM Flint Manufacturing Complex, ABC 12).

We’ll address that “something to attract applicants” later but if you already get the idea, click here to skip to the light at the end of the assembly line.

6 difficult Challenges Due to Labor Shortages

Beyond quickly approaching vacation plans, stressed employers must also overcome the following challenges brought on by labor shortages in the manufacturing, transportation, and construction industries:

In the construction industry, wages continued to increase steadily through the pandemic into March 2021. This is due to both the labor shortage and the massive demand in the housing market.

"From this point in 2011 onward, coinciding with the general economic recovery following the Great Recession and subsequent growth in construction job openings cited earlier, the average hourly earnings for residential construction employees grew steadily. Even the pandemic didn’t seem to significantly affect that growth, as hour earnings increased from $21.81 (July 2011) to $31.78 in March 2021. This amounts to around a 2.3 percent raise per year, after accounting for inflation." (NMHC)

Shortage of labor means existing employees are stretched to the limit. They’re working overtime, they’re taking on tasks beyond their expertise, and they’re doing it all under tight time constraints--the perfect storm for reduced productivity, increased errors, and reduced quality:

“In the computer and electronic products industry, manufacturers complained about poor supplier performance, adding that demand is high, and we are struggling to find employees to help us keep up. Similar complaints were echoed across other industries. Food, beverage and tobacco products manufacturers said 'delays at the port continue to strain inventory levels'" (Reuters). 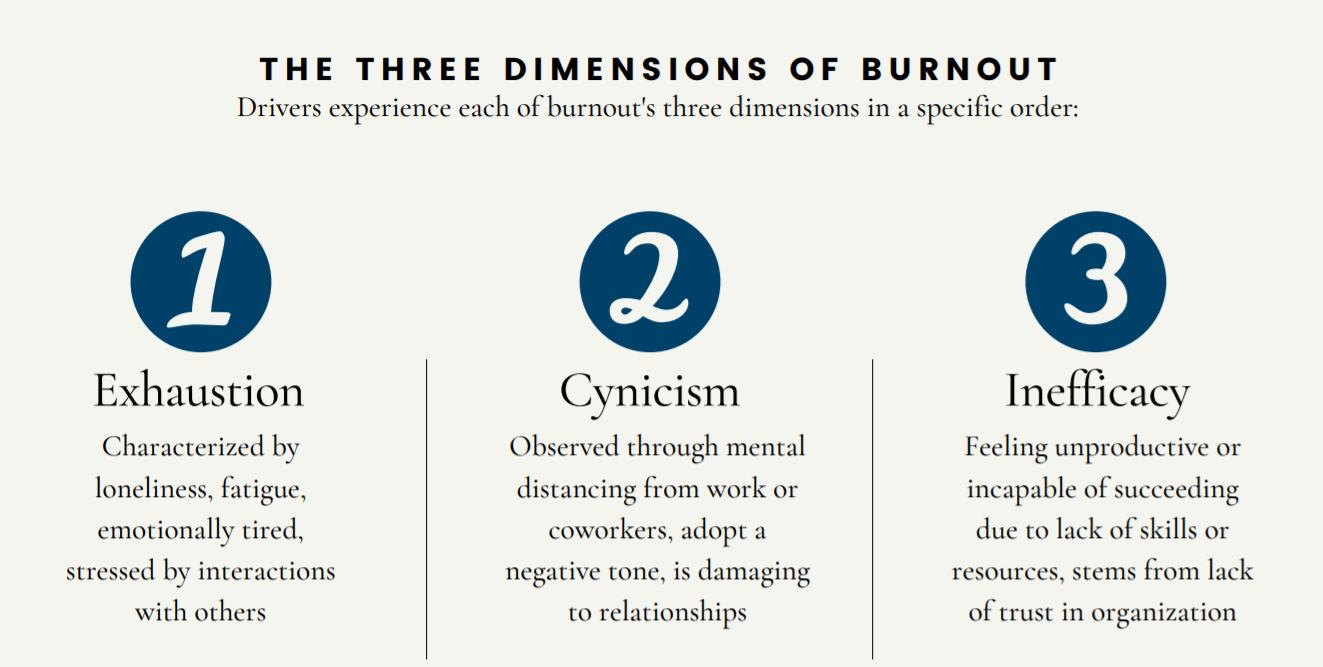 Predicting burnout is key in retaining workers and keeping morale high. You can do so with AlertMeter®. (Workhound)

As the pandemic raged on, we heard a lot about healthcare worker burnout. Doctors and nurses worked long, emotionally draining hours, exposing themselves to a dangerous new virus every day.

We didn’t hear as much about workers in other essential industries. Truckers and delivery drivers, for example, served an integral role in keeping us fed, entertained, masked, and alive. They traveled long hours while pitstops remained closed. A year later, they’re burnt out like many others in industries that saw labor supply drop while demand and workloads spiked.

Burnout can result in cognitive effects that can be predicted before they reach devastating lows. Companies utilize the AlertMeter® cognitive impairment test to identify struggling workers and foster a positive safety culture by starting timely and meaningful conversations.

Click here to learn more about how AlertMeter® detects cognitive impairment due to burnout and emotional distress.

A study by Pew Research revealed that the pandemic led many workers to reconsider their line of work. Traumatized by the past year, many employees have a heightened sensitivity to future health and safety risks in the workplace. They’re hesitant to return to a place where a mildly sniffling coworker could be unknowingly harboring a pathogen powerful enough to leave another’s entire household bedridden.

Even as these fears slowly subside, burnout and the ensuing decline of workplace morale is likely to keep employee turnover rates high unless businesses take serious steps to incentivize employment and get more hands on deck.

But it’s not just willful blindness. It’s actual blindness. Fatigued workers suffer from reduced self-awareness, very similar to the impairment caused by alcohol. (Read more about fatigue, alcohol, and cognitive impairment here.) They may say they’re fine and feel fine, but as the overtime hours drag on, you can reasonably suspect that they’re not. Fatigue has contributed to catastrophic oversights (Challenger Explosion), massively destructive delays in reaction time (Exxon Valdez incident), and of course, the complete collapse of alertness into microsleeps and occasionally macro sleeps. Read about some of them here.

As if labor shortages weren't bad enough, missing existing employees from work can be the final nail in the coffin for struggling businesses. With the increase of family responsibilities, mental health problems, and other personal priorities getting in the way, absenteeism in the workplace has become another big problem this year. Read more about combatting absenteeism here.

"Worker absenteeism and short-term shutdowns because of shortages of parts and workers continued to limit manufacturing's growth potential." (The Institute for Supply Management (ISM) survey).

If businesses don’t overcome these challenges, they can quickly culminate in crippling costs, dwindling profits, and damaged reputations, all powerful enough to end an otherwise valuable business.

So, what steps are these industries taking to stay in business?

According to a recent report by the Manufacturing Institute, “More than 77% [of small and medium sized businesses] are making technological investments at their businesses to achieve cost efficiencies in the production process, with 73.4% doing so to improve their operational performance.”

A second initiative is enhanced workplace safety measures and requirements, cited by 83% of businesses in the report.

The new workplace cannabis testing precedent set by Amazon is quickly turning into a third initiative being adopted by businesses struggling with labor shortages. After all, this option can instantly widen applicant pools and bring in skilled labor. The trick is to do it before all businesses catch on and competition levels out.

What if you could get on board with all three of these initiatives with a single investment that costs less than a pack of toilet paper per employee?

The AlertMeter® is an innovative workplace safety app that offers businesses an alternative approach to pre-employment and random cannabis drug-testing. A non-invasive 60-second cognitive impairment test, AlertMeter® is used both in conjunction with drug-tests and as a replacement of them (depending on company location, industry, company regulations, etc.). In either use case, safety, productivity, and employee morale all spiked while costs and accidents dropped. Check it out.

In the wake of Amazon’s cannabis testing policy changes, cognitive impairment tests are flying off the shelves.  To maximize hiring potential and enjoy a competitive advantage, businesses need to start utilizing this alternative before it becomes standard procedure across safety-sensitive industries.

Don't miss out on more workers while your competition reels them in. Schedule a demo to get AlertMeter® today.